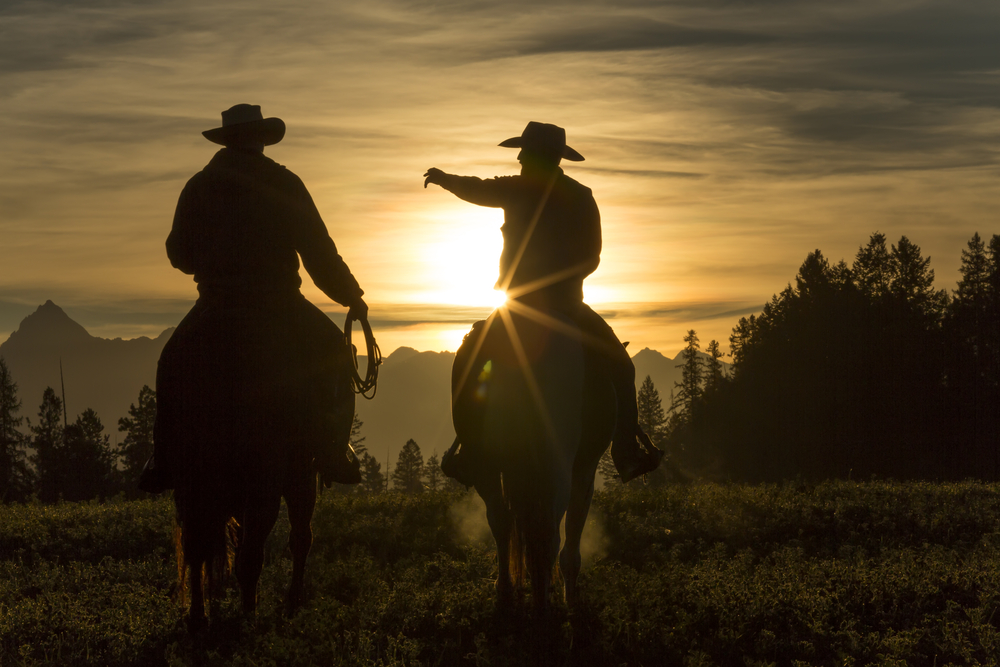 Krejci (pronounced CRAGE) and McGrath (mic-WRATH) met at an independent PR firm in the Minneapolis suburb of Bloomington in the mid-1990s. They were both a little old, even then, to be interns, but you have to start somewhere, especially when you come from small-town USA, even as former high school athletes.

Krejci is from Austin—in southeastern Minnesota, not Texas—where Hormel Foods is based. A chip off the old block: His dad was Hormel’s VP of PR, the self-proclaimed King of SPAM, creator of the not-world-famous SPAM Museum, and the corporate spokesperson during a protracted and contentious labor strike. Krejci was an all-state high school track star and a musician. He’s still a musician. He drives a hearse. Exhibits a manly beard. Krejci landed an internship at the firm because his dad was a client.

McGrath is from Philadelphia but grew up in the Eastern Pennsylvania hamlet of Center Valley. A chip on his shoulder: Formerly a bricklayer, his dad was a PennDOT bridge foreman and behind a snow plow in the winter; he was also the president of his local labor union. McGrath was a bit player on a state champion high school basketball team and a piano player. He no longer plays the piano. He drives a VW. Sports a little stubble. McGrath landed an internship at the firm because he did a good job as a temp photocopying press clippings.

While sharing as many differences as similarities, a few things they agree upon emphatically brings their own Wonder Twin powers together: communications is more art than science, more complex than ever, and more fun than masonry or husbandry.

At Mona Meyer McGrath and Gavin, which later became part of Weber Shandwick, McGrath and Krejci excelled, independently and as a two-person team, at generating publicity for Microsoft games and game devices. (Our McGrath was no relation to the agency’s namesake.) Their idiosyncratic personalities gelled. They got along well and worked well together. They successfully executed other projects, for other clients, separately. The socialized outside of work, sometimes with their wives, the four of them. They jogged around a frozen lake together at 6 a.m. in the middle of two Minnesota winters. Krejci tolerated McGrath’s relative running deficiencies with the patience and compassion his clients have always known him for. McGrath accepted defeat with the grace he accepts all his myriad failures. In short, the pairing works.

After four years of practicing PR for an array of consumer products, including Breathe Right nasal strips, Coca-Cola, Land O Lakes and regional telecom U S WEST, McGrath left Shandwick in the fall of 1999 to join Medtronic, where he worked for the next 16 years in North America and Western Europe, leading corporate communications and public relations globally for the medical technology company’s neurological and cardiovascular businesses from Minnesota (1999–2003; 2006–2007) and Northern California (2007–2015), respectively—and, in between, for all operations in its U.K. and Ireland region from near London (2003–2006).

Since leaving Medtronic in 2015, McGrath has served as a communications consultant for a variety of companies, including two large multinationals (Abbott and Leica Biosystems) and three small start-ups (Tactile Medical, Vytronus and OSSIO). He also led corporate communications in-house for a specialty pharmaceutical company (Insys Therapeutics) for 15 months (2017–2018).

Krejci stayed at Shandwick where he built the agency’s first creative digital team. He was amongst the first to suggest that digital and social would upend the industry. He invented the industry’s first social media crisis simulator, to train clients on how to deal with this new thing called social. He traveled to five continents and 13 countries to conduct more than 50 of these intense trainings. He went from intern to EVP in 11 years. He received many pleasing awards for his efforts. In the end, he went from young to old quicker than an Insta post circling the globe.

David kept his anchor securely in place at the agency for 22 years, until 2020, when “realities of the business” led to him and his anchor being “returned to the marketplace.” He’s still waiting for his exit interview.

Today, David is a recovering social media advocate who works to correct the damage done by the very platforms he once touted as good for the world.  As a result of this soul-pounding regret, and the wisdom only accrued through age and experience, he launched his own crisis communications agency, Media Forensics, in 2020. Focusing on the method and motives behind disinformation, David continues to help Fortune 500 companies and small businesses address the challenges imposed by the once-promising but now dystopian world of social media and human communication.

McGrath returned to Minnesota in late 2020, the first year of the COVID-19 pandemic, to be near his two teenage sons, who live in Wayzata with their mom, McGrath’s ex-wife. Winter. One day in February 2022, Year 3 of the pandemic, he was scrolling through his LinkedIn feed and came across a post by Krejci—a spoofed Spotify press release about the flap involving Joe Rogan and Neil Young. McGrath read the post, liked it, found it humorously subversive and got in touch with the author himself. Krejci responded rapidly and favorably.

A few more weeks later, in March 2022, they decided to consider working together again, this time as independent communications consultants, unified by their provision of a suite of professional communications services offered to companies large and small (multinationals, start-ups) and people big and little (celebrities, citizens). They continue to consider their options—while working together, independently.

We use cookies on our website to give you the most relevant experience by remembering your preferences and repeat visits. By clicking “Accept All”, you consent to the use of ALL the cookies. However, you may visit "Cookie Settings" to provide a controlled consent.
Cookie SettingsAccept All
Manage consent

This website uses cookies to improve your experience while you navigate through the website. Out of these, the cookies that are categorized as necessary are stored on your browser as they are essential for the working of basic functionalities of the website. We also use third-party cookies that help us analyze and understand how you use this website. These cookies will be stored in your browser only with your consent. You also have the option to opt-out of these cookies. But opting out of some of these cookies may affect your browsing experience.
Necessary Always Enabled
Necessary cookies are absolutely essential for the website to function properly. These cookies ensure basic functionalities and security features of the website, anonymously.
Functional
Functional cookies help to perform certain functionalities like sharing the content of the website on social media platforms, collect feedbacks, and other third-party features.
Performance
Performance cookies are used to understand and analyze the key performance indexes of the website which helps in delivering a better user experience for the visitors.
Analytics
Analytical cookies are used to understand how visitors interact with the website. These cookies help provide information on metrics the number of visitors, bounce rate, traffic source, etc.
Advertisement
Advertisement cookies are used to provide visitors with relevant ads and marketing campaigns. These cookies track visitors across websites and collect information to provide customized ads.
Others
Other uncategorized cookies are those that are being analyzed and have not been classified into a category as yet.
SAVE & ACCEPT